Two Spies Reach Out From the Grave 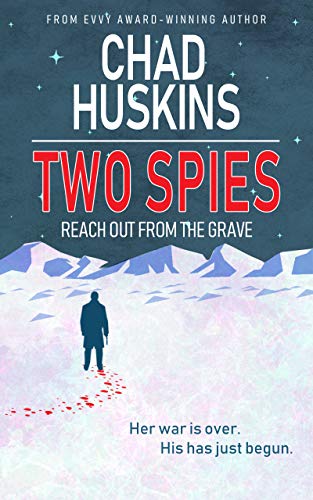 Nathan Adamson, former SEAL and reluctant member of CIA’s Special Operations Group, is in Siberia when his safe house explodes around him, pushing him into survival mode deep in enemy territory.

Nathan’s career has cost him dearly - he has no family, no attachments. Save one, Sophia, a nearly hundred-year-old veteran of the French Resistance. She is his friend, confidant, and mentor, with a few secrets of her own.

When Nathan is deployed into Siberia in search of top-secret Russian tech, Sophia is left alone, her mind slipping, fading. Haunted by ghosts of long-dead enemies, she sometimes loses her grip on reality. Until a news story reveals one of those old ghosts never died.

As Nathan’s Siberia mission instigates international threats of war, Sophia’s past and Nathan’s present collide violently. They’ll have to lean on each other to survive. These two spooks will find a common enemy, one that could push the world beyond the brink and into self-destruction.

“A stirring spy tale with two unforgettable protagonists,” “Huskins keeps the plot moving with a steady supply of action ... and myriad twists.” And “...pages with indelible imagery.” - Kirkus Indie Reviews

Goodreads reviews for Two Spies Reach Out From the Grave